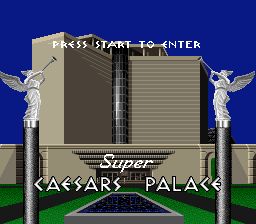 Gambling is both an affirmation and a disillusion of the American dream. It says, “Anyone can be anything, with a little perseverance,” at the same time as it asks for cash up front. A man who walks into a casino with nothing will walk away with nothing. Like life, you can’t gain without already having.

An ancient farmer wakes up in an ancient field. His bearded face is ragged. His teeth are stained yellow. He sees a child crossing the field before him. He asks the child if he would like to buy some goat milk, tears in his eyes. The child says he has nothing to give the old man in return. But the child is wrong. The man asks the child to sing him a lullaby. The child sings, and as he does, the man dies. The child takes all the goats home to his father. His father is impressed, but suspicious. Soon, the boy has made a wonderful living off his goats. His father is jealous. One night, he sneaks into the boy’s room and cuts his throat. The man’s wife is horror struck, but she soon grows accustomed to their new wealth. The man and his wife have another child. When the child is full grown, they sacrifice the child to almighty Thor. Almighty Thor doesn’t want to be impolite, so he smacks his big hammer on the ground and lo! some gold appears.

Well, a casino is kind of like this. You enter a world of essentially random events that you have some idea you may be able to control (possibly by counting cards, possibly with the force). But it really turns out that all you ever do is fuck someone else to get ahead.

And there lies the problem with Super Caesar Salad. There’s no one else to fuck. Also, there’s no booze. Also, it’s not real money.

For most games, the less real, the less affecting, the better. For example, if they ever develop a suit that allows you to feel the pain of the bullets entering your body while you play Half Life 4, I’m gonna have to pass.

But with gambling, the whole point is to use your own damn money! Otherwise it’s about as exciting as playing with someone else’s cat. It may be a little fun, but cat’s are assholes sometimes, and you can’t bring this one home and put it in your oven.