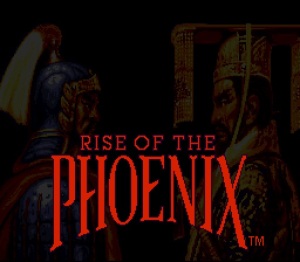 Apparently I’ll have reviewed 3 Koei strategy games in the period of a month. My luck is uncanny. First, I reviewed PTO, which turned into an essay about how I think we’re monsters for turn-based war simulators where icons represent lives. And now I’m basically reviewing that exact same thing again, and in another week’s time I’ll be doing it once more.

This would be a fascinating opportunity for a thought experiment if the delicate machinations of Asian empires and their powerful, enigmatic leaders were at all interesting to me.

This is strange (probably). On one hand, when I play Civilization I have a lot of fun. I suspect that’s because Civilization let’s you have fun with history. Abe Lincoln can go up against Katherine the Great or Cleopatra can take on Gandhi. That’s awesome. You can actually trade people technologies in a delicate game of cat and also cat. You spend time hoping that you’ve got the technological edge before their Alpine Troops show up and drop your musketeers or whatever. It’s also strange because of my love of the Close Combat series of games. These turn-based and RTS-by-Advanced-Squad-Leader-rules games are super fun. You can try to out-maneuvre the SS in Normandy to open up supply routes. You can try to fight the battle better than your historical counterparts (and later games in the series tell you how you’re stacking up) Although, after later Second World War RTS games like Company of Heroes, I might not enjoy Close Combat the way I used to.

Anyway, these games, like Nobunaga’s Ambition before them, only serve to remind me how spoiled we are that all our games have tutorials and give you button layouts and tips during load screens. Not only do I have no idea what’s going on, but there is far more complexity on offer here than these obtuse menus can illustrate. And that’s not even the most alienating factor, which is that I didn’t attend a Chinese gradeschool and have no real knowledge of how these dynasties interacted in real life , so I don’t even know which of these factions had the upper hand in reality. I’m flying entirely blind. I know nothing about this history. And, in retrospect, it probably stands to reason that the entry-point for enjoying a historical video-game is some sort of knowledge about the subject (except with Assassin’s Creed II, which I swear should be a requirement for anyone studying the structures and architecture of Renaissance Italy). World War II games are fun because everyone knows what happened.

As a result, I do what any level-headed gamer would do. Poke stupidly at controls. Move troops around for 10 minutes. Watch turns go by where people are making friends and I don’t even know how to make friends. Shut the game off out of boredom.

Part of me wishes that I cared enough to learn about the history so that I could approach this game fairly. Another part of me wants to go back to playing Mother 3 for the rest of the evening.

So uhh… I THINK WE’RE DONE HERE THIS IS A STRATEGY GAME ABOUT DYNASTIES THAT IS PROBABLY TOO INTRICATE.