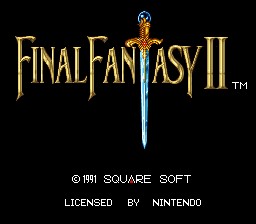 I thought that Cecil was a dinosaur, until some other dude came up to me who looked more like a dinosaur. Now I have to assume that Cecil is a man dressed as a dinosaur. I speculate that he’s dressed like a dinosaur in order to intimidate people into giving him the chaos emeralds, a job he does with trepidation, it seems. At first, Cecil appears to be the badguy, but then, low and behold, he’s the good guy. I can tell he’s the good guy cause he questions the obviously shitty king’s policies. He says “OI KING? MAYBE NOT KILLING INNOCENT PEOPLE!” And the king just dances.

Everyone in this game dances. They must be cold or bored or hungry for love. When you talk to people, they just dance in front of you. I suppose it’s a Japanese thing. Good for them.

So, King Lightning bitterly fires the dragon-covered Cecil (whose name makes me think he talks like a southern hick) over his inability to comprehend the murder of innocents.

“Tarnation!” Says Cecil, “I burn doon fergot how much I need this here dig!”

Cecil: Fair maiden, Rosa! Thine eyes sparkle like a billion blueberries. [Aside] I will remain ambivalent! Actually, I think I’ll put on an antic disposition so as she kills herself and I get to fuck her dead body!

Rosa: What? Oops, my nipple slipped.

Rosa: Wait! I bleed now, but soon I will be fresh and clean round my middle!