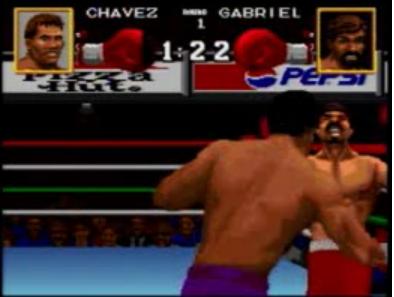 I like boxing. I enjoy watching men beat the shit out of each but still be gentlemen (for the most part) about it.

I do not like UFC at all. There’s something about guys with tribal tattoos being sponsored by energy drinks that I find incredibly “frat-house”. I can picture most of those dudes high fiving the fuck out of each in celebration of the usual Friday-Night-Date-Rape.

Fuck that kind of guy.

This game is basically like every boxing game. I know that sounds like a copout but it’s true. This game was not and is not revolutionary although it is very clearly sponsored by both Pepsi and Pizza Hut.